It is 1656, the war is long over and Oliver Cromwell’s grip on England is tight. But despite Cromwell’s new title of ‘Highness’ and even though he now lives in palaces emptied of their royal owners, his government is all too aware that their Commonwealth could crumble if anything should happen to their Lord Protector. And Charles II’s court in exile knows it. Captain Damian Seeker is back in London on a mission to protect Cromwell from assassins. And he knows that three of them at least are now in London.

But Seeker is preoccupied. He’s holding together his own network of untrustworthy spies, led by his former royalist prisoner Sir Thomas Faithly, when he and Faithly discover the remains of a man, torn apart by a bear. Cromwell has banned bear baiting and had all of the bears killed. One has clearly got away. Faithly tracks the bear, while Seeker goes after the dead man’s identity. It leads him on a perilous journey across London, from its grand houses to its Southwark stews and Lambeth marshes. At its heart lies a man who will stop at nothing to restore the monarchy.

The Bear Pit is the fourth novel in S.G. MacLean’s series featuring that most enigmatic, troubled and flawed of men, Damian Seeker. He is both hero and anti-hero. He is ruled by his code of honour but at times it is prejudiced, while his scarred face and body reminds us of his violent past, in war and in times of peace. He is a killer but he is also now a father and the two fight within him. He serves Cromwell faithfully and is prepared to die for him but we are all too aware that Cromwell may well not deserve this loyalty. We can approve, like Seeker, of some of Cromwell’s new laws, such as those banning bear baiting, and Seeker welcomes the new codes of morality and modesty, but we know, as he must too, that people don’t change. They just go underground. And it’s down there that Seeker must descend.

The plotting is fantastic. It’s a thoroughly engrossing tale of spies and murder, full of surprises and twists as people shift their position in these uncertain times. There’s a host of fascinating characters, some innocent, many not, and they live in a brilliantly described London, with its prisons, dark lanes, inns and bear pits. I love the little details – the descriptions of buildings and clothing, the moments we spend with famous historical figures. And there are people here we care for even though our own loyalties are tested by both sides. This isn’t black and white and demonstrates how divided and damaged England was by those years of royal neglect, war and then the Commonwealth.

The 1650s were such a fascinating and critical period in British history and the Seeker novels bring these years to life with such drama and colour. There’s violence and gore (how could there not be with a bear on the loose?!), there’s passion and tenderness. And there are so many lies. Although this is the fourth novel, The Bear Pit stands alone very well but I do recommend you read them all. Damian Seeker is one of my very favourite figures in historical fiction and historical crime. He lights up the page and demands our attention even when he follows a darker path.

Other reviews
The Seeker
The Black Friar
Destroying Angel 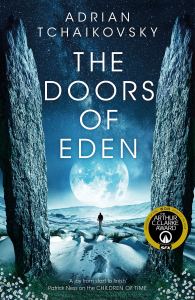