Jim Harrison is about to achieve his goal. After years of test piloting, pushing machine and human body to its absolute limits, the moon is in sight. Jim is one of the ‘New Nine’, the elite who will travel into orbit and beyond to the Moon with the Mercury and Apollo missions. Like most of his colleagues, Jim is not alone. His wife Grace plays a crucial role supporting her husband, playing her part in the daily rituals that challenge the fact that Jim could die on any day of the week, like so many of his fellow pilots. This is a community in which wives own two black dresses – there are too many funerals for one. Quite apart from all the risks, life isn’t perfect for Jim and Grace. They long to have a child, a feat that would appear to equal Jim’s efforts to break the sound barrier, the edge of Earth’s atmosphere, to reach the Moon. When Grace falls pregnant, against all odds, the family’s joy is unbounded but with it comes new, even harder challenges.

The Last Pilot covers the crucial, thrilling years of the space race, beginning in the aftermath of World War II when the latest jet technology sent pilots faster and higher than ever before, with far too many of those pilots falling and crashing to their deaths. Life is fast and it could be very short. With much of the novel set within the confines of the Edwards airbase in California, we grow close to these men and their wives, watching them unwind in Pancho’s Bar, share their triumphs and marvel at their nonchalance as they dismiss narrowing avoiding death in the air as almost routine. It is utterly fascinating and absorbing as well as intensely exciting.

But the fight to be selected as one of America’s first astronauts is only one part of The Last Pilot, brilliantly done though it is. It’s complemented by the much more down to earth struggle of Jim and Grace to have a child and become a family. Grace’s unhappiness and personal story could have been overshadowed by the far more glamorous career of her husband but it isn’t at all. Ultimately, The Last Pilot depicts the private life of a couple living in the public eye. It is intensely emotional, beautifully told, and peppered by moments of sheer joy and pain. When Jim and Grace’s daughter Florence is brought into the world she brings such a light with her. This is a wonderful portrait of a young family, albeit one that lives in an unusual place, the stars above constantly beckoning.

The Last Pilot is Benjamin Johncock’s debut novel. It is simply wonderful – an extraordinary achievement. Its portrait of this little (and extremely unusual) part of America from the late 1940s until the 1960s feels completely authentic and real – quite a feat for a debut British author. Its prose is beautiful, capturing the excitement of the space race every bit as much as the constrained emotions of Jim and Grace, blending history and fiction seamlessly. Its treatment of dialogue is intriguing. I thought that I’d find the lack of speechmarks distracting but it worked extremely well. It adds an intimacy to the narrative which is quite unusual and very effective.

This is a truly fascinating period in recent American history and Benjamin Johncock dramatises so well the cost of the great human endeavour that culminated in 1969’s Moon landing, a cost that extended beyond the famous and terrible accidents of the space race into the private lives of the daredevil pilot astronauts and their brave, resilient wives. I loved every page of this marvellous book, becoming hooked instantly. I won’t forget Jim, Grace and Florence. 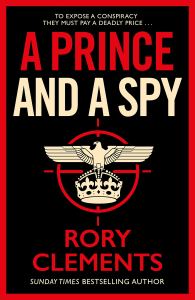