It is 1179 and Henry II rages war against Ireland’s kings. Ferdia, more usually known as Rufus, is a young Irish nobleman who is now a hostage to secure the good behaviour of his family. Rufus is taken to Striguil Castle (now known as Chepstow) where he is put in the charge of the powerful de Clare family. As the years pass, Rufus becomes ever more distant from his homeland, tormented by a brute of a knight and distracted by his own desire to become a squire to a great lord. When Rufus saves the life of Henry’s son, the charismatic warrior Richard, Rufus’s life is changed forever and dictated by new loyalties and new battles to fight. This is an uneasy time. As the King’s health declines, his sons turn against one another in a scramble for power and land. Rufus has his part to play in a struggle that will divide the land and put a family at war with itself.

Ben Kane is known to many of us as a fine writer of Roman historical fiction and so it came as a surprise to me to learn that he was turning his attention to that other favourite historical period of mine – the late 12th century and the reigns of Henry II and Richard the Lionheart, two of the most mesmerising figures in English history. Lionheart, the beginning of a new trilogy, tells the story of Richard through the fictional character of Rufus, whose own story is every bit as action-packed and dangerous as Richard’s.

Above all else, Lionheart is an adventure and it’s a thoroughly exciting one as we follow Rufus through his early, horrendous months as a hostage and his personal struggle against the cruel Robert FitzAldelm to his time in the service and retinue of Richard, then the Duke of Aquitaine. It’s told in the first person and this places us in the heart of the action and there is plenty of it, in England and on the continent where Richard must contend with not only his own brothers and their allies but also with the King of France. If there’s one person that seems to attract trouble even more than Rufus, it’s Richard, a man born to skirmish, besiege and battle.

But there’s more to the novel than fighting. We’re also taken inside castles where courtliness guides behaviour and squires pursue love, or something much less refined as they make their beds in the great hall. Rufus is a fickle lover, demonstrating how the ideal of chivalry and courtesy, exemplified by the greatest knight, William Marshal (who, I’m thrilled to say, plays a role here), wasn’t the reality for most. I enjoyed the moments spent inside castles just as much as I did those spent outside.

As usual, Ben Kane writes very well and the pages fly through the fingers. The story of Richard I is a familiar one but there is so much to it and it deserves another retelling, especially by an author who is clearly deeply immersed in the period and perhaps relishing the shift from Rome. Lionheart reads as if it was fun to write and this definitely rubs off on the appreciative reader. Historical fiction provides escapism during these difficult and strange times and Lionheart fits the bill perfectly.

And if you haven’t read any of Ben’s Roman historical fiction yet (and why not?!), take a look at the reviews below. My favourites are the Spartacus books and the Eagles trilogy.

Other reviews
Hannibal: Enemy of Rome
Hannibal: Fields of Blood
Hannibal: Clouds of War
Spartacus
Spartacus: Rebellion
Eagles at War
Hunting the Eagles
Eagles in the Storm
Clash of Empires
(and others) A Day of Fire: a novel of Pompeii

5 thoughts on “Lionheart by Ben Kane” 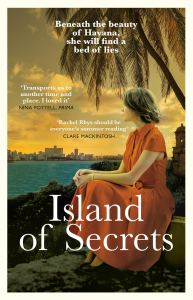