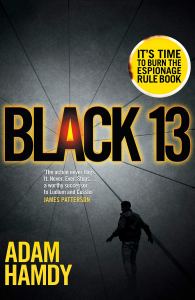 Scott Pearce is a man with a mission. An ex-M16 agent and decorated soldier, he is working undercover as a climbing guide in Thailand while he follows the trail around the world of the traitors responsible for an atrocity that he barely survived. The only people he trusts are his former comrades and when he learns that one of them has been killed – thrown off the top of a building – he must return home to Britain to find out why. Pearce discovers that his friend had been hired by a lawyer, on the instruction of a mysterious client, to investigate a bank, controlled by a powerful man. But it’s not just Pearce’s friend who is killed. The lawyer also dies in strange circumstances. Pearce must call on his old comrades to discover what the bank is hiding and ensure that their friend didn’t die in vain. It will prove a deadly mission.

I haven’t read any novels by Adam Hamdy before for some reason but I’ve certainly heard a lot of praise for them and Black 13 in particular has been attracting a lot of attention. As a lover of clever action thrillers, I couldn’t resist it and bought it the day it appeared on the shelves in the local bookshop. It is an absolute tour de force! Black 13 is such an exciting thriller, which starts in fine and intriguing style and it builds from there, never taking its eye off the ball and never letting that pace and tension lag. Adam Hamdy tells a fantastic story and he tells it very well indeed. It’s a long book but you certainly won’t hang around reading it.

The story is second to none and it digs deep into a rotten multinational underworld of sex slaves, spies and gangsters. Pearce is on an engrossing and lethal journey through layers of corruption, evil and sin, and it makes for such a thrilling ride. But what makes this book special is its characters. I loved Pearce as soon as we meet him (in what is a great opening to the novel). He’s no superman despite his bravery and deadly training. He suffers and he shows emotions. But it is The Syrian, Leila Nahum, who dominates this book and steals every scene she appears in. This traumatised woman is astonishing. She is fully realised on the page, her motives are revealed, as are her hopes and her night terrors. She is extraordinarily gifted, courageous and selfless. I loved the descriptions of her lovely home. I can imagine her in it. I cared very deeply for this wonderful woman.

We encounter some dark themes and evil people through the course of Black 13. People have to be pay and it’s exhilarating watching Pearce try to bring that about. And not knowing who to trust makes it extra hard. But it’s not an especially dark novel, despite its shocks and horrors. It’s enlivened and cheered by the fantastic people in it. Their interaction is engaging and warming. This leads to laughs as well as tears.

Black 13 is absolutely excellent. Scott Pearce and Leila Nahum are a formidable team and I’m so pleased that the novel is the first in a new series and so I can look forward to following them in many more books to come. Adam Hamdy certainly knows how to tell a good story and this thriller is tense, action-packed, disturbing and at times disturbing. You must read it for all of this but especially for Leila. Fabulous! 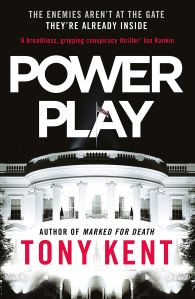 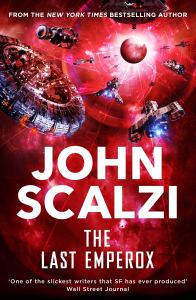