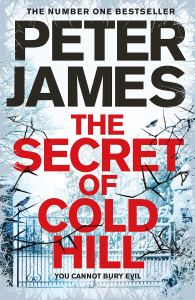 The old Cold Hill House has been demolished, its tragic history consigned to the past. A new housing development of high-value modern homes, packed to the roof with state of the art gadgets, is being built and the first houses are now complete. Maurice and Claudette Penze-Weedell are the first to move in. In their fifties, they’re ready to prepare for retirement. This estate, mostly a construction site, is a lonely place and so they’re delighted when another couple moves in across the street – Jason and Emily Danes. Jason is an up and coming artist while Emily runs a successful catering business. This is their dream home and Jason in particular is inspired by it.

But it’s not long at all before both couples start to feel that they’re not alone in their new homes. Strange noises and smells are the very least of it. The local villagers in the pub don’t help matters with their stories about the past of Cold Hill. And that’s when Jason hears the disturbing rumour that nobody has ever left Cold Hill House and nobody who has lived there has survived beyond the age of 40. Jason is 39 years old.

I am such a fan of tales of ghosts and haunted houses and The House on Cold Hill is one of my favourites of recent years. I found it genuinely frightening and I was so pleased to hear that, four years on, a sequel was on the way: The Secret of Cold Hill. I was able to buy this a week before its publication date and started it straight away and gobbled it up in two sittings, reading it very late into the night by lamplight. I loved it. I think it’s every bit as good as its predecessor. It’s just as frightening and it’s just as impossible to put down.

The Secret of Cold Hill is a ghost story pure and simple, which is just what I wanted. And these are not ghosts who like to hang back and the spooky scares don’t let up from start to finish. But, despite the real sense of dread that overhangs events, this is not a dark novel. The Penze-Weedells are hysterical! These neighbours from hell really made me chuckle. As did the estate agent. It’s a great blend of horror and comedy and I can see it working well as a film. Of course, the first novel was turned into a successful play.

The Secret of Cold Hill is such an entertaining read. It’s scary without being terrifying, while providing laughs. It’s also smart and polished, as you’d expect from Peter James and I really, really hope that there will be more ghost stories from him in the future.