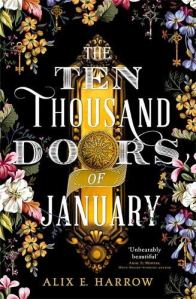 In the early years of the 20th century the young girl January Scaller lives in a mansion filled with a collector’s curiosities. Parentless, or so it is suspected, she is raised by the wealthy Mr Locke as his ward. But really January feels herself to be part of his collection. With her dark skin and exotic heritage, she is a prized specimen to him and to his scientific society. They almost expect to have a savage in their midst but January is a source of constant surprise and wonder to them. And so she is kept in her gilded cage.

But there comes a day when January finds a strange book in one of the mansion’s odder rooms. It is called ‘The Ten Thousand Doors: Being a Comparative Study of Passages, Portals and Entryways in World Mythology’. Its author is Yule Ian Scholar and it was written in the City of Nin in the year 6908. This peculiar book should puzzle January but instead in it she finds confirmation of something she has already discovered – that there are doors to be found, strange doors, which open into other worlds and January has the power to not only open these special doors but also to open any door. She holds the key to her freedom, if only she can find the right door to open.

I have heard so many wonderful things about The Ten Thousand Doors of January and I couldn’t wait to read it for myself. I’m not generally a reader of fantasy but there’s something about this book that really appealed to me (quite apart from its stunning cover and beautiful writing) – it feels like a mix of historical fiction and science fiction, with an Edwardian girl opening doors into worlds of other possibilities. But not just any Edwardian girl, but one who is vulnerable, regarded as different and exotic, without parental care, virtually a prisoner, in real danger of being considered mad. She is also enchanting.

This is a beautiful novel, beautifully written. The gorgeous cover hints at wonders beneath and it delivers. The book moves between January’s world and the chapters of the book she has discovered. At the beginning it all seems mysterious but the chapters soon seem to make sense to January and through them she is empowered. The descriptions of the doors and the other worlds are stunning and so inviting. You must discover them for yourself.

The novel transcends time and genre as we and January, as well as the author of the strange book, undergo a quest. It is also a love story and it’s a lovely one, painfully sad at times. But this is also a horror novel – a tale of good versus evil. It’s chilling and frightening. What January and her faithful dog Bad must endure is terrifying.

The Ten Thousand Doors of January is a novel full of ideas and richly layered. It is deeply symbolic and nothing is more symbolic than the door. Each brings with it so many possibilities and openings, although a door can also bring closure and imprisonment. January views these doors in a multitude of ways and it’s a privilege and joy to see them, and the life beyond, through her eyes. To step through one of these doors one must be brave and January is very brave indeed.

January is an outstanding creation. I adored her. So much of the novel is told with her voice and it is dedicated to her. This is January’s journey and, although there are monsters to be encountered along the way, there are also angels. With no doubt at all, this extraordinary novel, Alix E Harrow’s debut, is a book of the year for me and no doubt for many others who have had the pleasure of stepping inside its pages.

4 thoughts on “The Ten Thousand Doors of January by Alex E. Harrow” 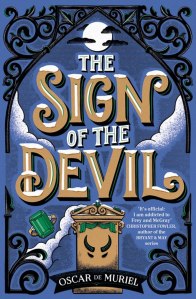 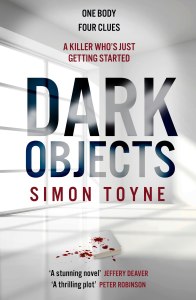