It is 1666 and the Great Fire of London is ablaze. Lawyer John Grey heads out into the smoke and flames to try and help. Almost everybody is going in the other direction, escaping with what they can carry while their houses burn. Grey finds a body with somebody hunched over it who flees as Grey approaches. But the corpse is no victim of the fire. He has been stabbed.

London is looking for somebody to blame and, as the fire dies down, rumours spread of French involvement. This is the last thing the royal court of Charles II wants. The court is suspected of Catholicism. If the French did start the fire then Charles and his brother the Duke of York would be given a hefty share of the blame. And then a Frenchman, Robert Hubert, is arrested, admitting to starting the fire and also stabbing his French accomplice to death. John Grey is more than a lawyer. He is also the agent of Lord Ardlington, the Secretary of State, and Ardlington despatches Grey to discover the truth. When he interviews Hubert he finds a man barely in possession of his wits, repeating details that he has been trained to say. It’s clear that this is the work of a conspirator’s plot. And as Grey and his friend Lady Pole trace the clues deep into the smoking ruins and along London’s busy river, it becomes clear that nobody is in more danger than they are.

Fire is the fourth novel in L.C. Tyler’s John Grey series and almost ten years have passed since the events of the first novel A Cruel Necessity, which was set in 1657 during the Cromwellian Commonwealth. The series, in my opinion, got off to a slow start with the first two books but in the third, The Plague Road, everything came together and the result was an exciting, well-plotted and brilliantly witty historical mystery. I’m delighted to say that Fire is every bit as good. This is fine writing and the tension and danger of the mystery is complemented by the humour of the narrative and dialogue. The novel is set during the Restoration, a time of wit and elegance, as well as sin and debauchery, and this mood is captured so well in these books. Fire made me laugh out loud more than once, something that doesn’t happen too often.

John Grey is a fascinating character with a history as convoluted as you’d expect in a society that is still picking up the pieces after the Civil War of the 1640s and the miserable Commonwealth of the 1650s. He’s in love with Lady Aminta Pole, whose background is as complicated as Grey’s, but real life – and scandal – keeps getting in the way. These two are very easy to like, although I can’t help feeling extra regard for Will, Grey’s poor clerk and servant who seems to spend much of his time as a go-between and has more sense in his head than almost everybody else in Grey’s world.

The mystery is such a good one and the setting in London’s smouldering ruins is richly evocative. I really enjoyed the descriptions of the city, its firefighters and their rather ungainly machines, river crossings and the camps that are set up to house the newly homeless and hungry. The idea that tourists flocked within mere days to look at the traditional starting place for the fire on Pudding Lane is an appealing one. This is a London crammed full of interesting personalities of all classes. This isn’t just a story about Charles II’s court. It covers all of London. And there in its middle is Grey who’s like a dog with a bone. When his teeth are dug in there’s no way he’ll let go.

Fire is a short novel – which is perhaps my only not entirely serious complaint – and it is put together perfectly. Not a word of its witty prose is wasted. I’ve always been fascinated by the Great Fire of London and it’s hard to imagine anyone immersing me in these astonishing days with more skill and wit than L.C. Tyler. I can’t wait for the next.

Other reviews
A Masterpiece of Corruption
The Plague Road 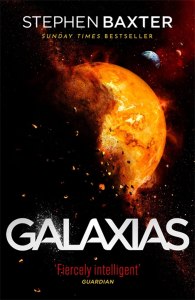