Next spring is published Mississippi Blood, the final and highly anticipated book in Greg Iles’ trilogy begun by Natchez Burning and continued in The Bone Tree. As a run-up to the big day, I am so pleased to be part of a blog tour that will review Natchez Burning through September and The Bone Tree during October. I jumped at it. This tour has provided me with the perfect opportunity to read books I should have read a long time ago. I’ve heard nothing but good things and, as I read Natchez Burning, I kept asking myself why on earth I hadn’t read it before. I must have been barmy.

On with the review…

Natchez Burning might be the fourth Penn Cage novel by Greg Iles but it is the first in a distinct trilogy. Earlier books are referred to and characters do reappear but you certainly don’t need to have read them to get every bit of satisfaction out of this wonderful book.

Penn Cage, once a prosecuting attorney, is now the mayor of Natchez, a small and relatively quiet community in Mississippi. It wasn’t always that way. Natchez, now reeling from Hurricane Katrina, was once caught in the fire of civil rights abuse, held to hostage by the Ku Klux Klan and, even worse than the Klan, the Double Eagles, a local KKK splinter group that tortured, raped, murdered, with no fear or expectation of justice. Justice in Natchez at that time and place was white and it was supremacist. Few people then stood firm against the Klan, albeit carefully, quietly, and one such man was Dr Tom Cage, Penn’s much loved father and a very well-liked and caring doctor. But, to Penn’s bewilderment, Tom Cage has been accused of murdering Viola Turner, his immensely popular African-American nurse from the 1960s, who, now an old woman, had recently returned home to Natchez to die but had instead met a death that was anything but peaceful.

Tom Cage refuses to defend himself for reasons he will not explain and so Penn is compelled to hunt for the truth. To do that he must tear open the wounds of the past and what he finds is utterly horrifying and terrifying. Natchez is a town rotting with secrets, so many of its citizens stinking of past crimes, but not all of these crimes are in the past and the more that Penn prods the beast, the more it stirs. The murder of Viola is just one of the many mysteries facing Penn as he uncovers hints of a conspiracy that, if revealed, could leave American history in need of a rewrite. It could also mean the death of Penn and Tom. Just how well do you know anyone? This is a fundamental question that now faces Penn.

Natchez Burning is a substantial novel at about 850 pages but its size hides the fact that these are pages that will fly through the fingers. Greg Iles is a great storyteller and he keeps this immensely complex and multi-layered plot well under control so that at one moment you can sense everything coming together while, at the next, you become well aware of a whole new mystery developing legs. And what that means is revelation after revelation, not to mention shock after shock as Penn uncovers the truth, or at least some of it (some secrets are even deeper buried), about the town’s past. This scrutiny of such a terrible period in recent history is also a great thriller and it enthrals from start to finish. The narrative itself moves through time, taking us and Penn even closer to events.

The victims of the Double Eagles, their lives, hopes and deaths, receive care in this novel and in a way provide its heart.

Natchez Burning is a full and satisfactory novel in its own right but it leads directly into The Bone Tree and that is where I’m heading next. I expect great things and I have every confidence that my expectations will be exceeded. 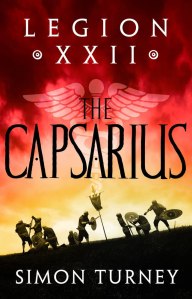