For the passengers aboard the cruise liner the Beautiful Dreamer the first three days of their trip were a delight. The ship might not be top notch exactly but there was very little to complain about, there was even a famous medium aboard to entertain the passengers with regular séances. But then came Day Four. At first the power went off, all communications were lost and the ship came to a complete stop. As the hours pass and the toilets block up and food begins to go off, it becomes more and more of an inconvenience. It begins to become something else entirely when passengers and crew begin to get ill and one young woman is found dead in her cabin, murdered. And still the ship stands dead in the water.

Day Four follows hot on the heels of one of my very favourite novels of 2014, The Three, a truly chilling tale indeed. Both take place within the same universe but each can be read independently of the other, in either order. But for the full effect, the full cold blast of terror, I would really recommend that you read them as written, The Three and then Day Four. There are little links between the two, the occasional mention of a familiar name, but it’s the spirit of this universe that means that Day Four provided me with extra insight into The Three. The main reason to read them both, though, is that each book is marvellous and, as a pair, they construct a fabulous world of horror in which nothing can be relied upon or trusted and in which there is much to be feared.

Day Four might be as frightening as The Three, if not more so, but it has a very different style to it. The passengers aboard the Beautiful Dreamer are trapped in a claustrophobic hell, a deteriorating situation, marooned far from civilisation. But what begins as a thrilling disaster adventure soon becomes something else as some of the passengers and crew, most especially the medium, begin to exhibit very strange behaviour. The chapters move through the decks, giving us a glimpse into the increasing bewilderment and horror of a range of people, each with their own stories to tell about why they’re on the cruise. There is so much going on, so many things unknown, so much that is hiding, creeping through the increasingly dark and rancid decks.

And that is as much as I’m going to say about what goes on aboard the Beautiful Dreamer. You need to discover it for yourself. You need to get to know these people and see the events through their shifting perspectives. I found Day Four to be both thrilling and frightening, a perfect combination. I loved every page of it, perhaps even more than I did The Three. I love the claustrophobic atmosphere, the strong sense of place, the fine suspense-laden, witty prose of Sarah Lotz. I loved that it stands alone while still throwing a shade of light onto the brilliantly creepy world of The Three. It makes me wonder what on earth Sarah Lotz will write next and if she will continue with this dark place that she’s created. Truly accomplished and confident, it chills from the first to very last page. Neither book, however, does much to raise my confidence in transportation. Getting from A to B will never be the same again. It might be best to stick with walking from now on. But perhaps not in the dark…

Other review
The Three 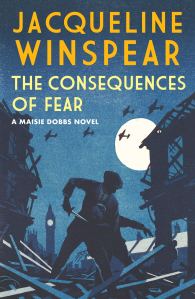