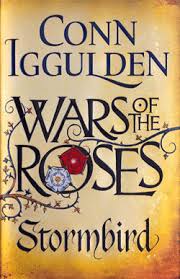 Review
When Henry the Lion dies unexpectedly, leaving a worrisome youth on the throne, sadly so unlike his namesake, the powers that be decide that on his coming of age the best way to avoid disaster is to unite with the enemy, France. The boy Henry is to be married to Margaret of Anjou. The property settled on England’s archers, the victors of Agincourt, is to be returned to France. With the benefit of hindsight it is clear that this is a disastrous foreign policy, bringing nothing but unrest to these islands, the exiled fleeing from France with little but vengeful intentions left to call their own. As Normandy, too, threatens to fall under this avalanche of bounty for France, it is not just young Margaret of Anjou who arrives on English shores to stir the half-mad king. With her travels rebellion and anger, enflamed by those closest to Henry who, against nature, have least thought for his care. The Wars of the Roses take root, flourish and grow through the pages of a masterpiece of a novel – Stormbird by Conn Iggulden.

It is fitting that the cover of Stormbird is my favourite of the year. Its shades of gold shine; within the covers are beautifully drawn and coloured maps and family trees. This is a stunning novel to possess. But, not unexpectedly (it is by Conn Iggulden, after all), its story more than rivals it. The Wars of the Roses is a popular theme, boosted by the recent discovery of the remains of one of its most notorious protagonists Richard III, but Iggulden brings the origins of this conflict to life through the stories and experiences of a host of less familiar characters, both factual and fictional, both powerful and near destitute.

This is a novel full of violence, battle and shock, but, for me, despite that, the most memorable figure is young Margaret of Anjou. There is not a trace of sentimentality in her treatment. She might be little more than a child but she is under no illusion about her duty and her good fortune, terrifying though it must have been. She is married to Henry VI by proxy, the paternal Duke of Suffolk, William, standing in for her vulnerable groom, kindly removing his own ring, uttering gentle words, so that she should feel less slighted and humiliated. Margaret loves the sea voyage to England. How often do we read about the horrors and sickness of a medieval channel crossing? But here she exalts in it and William laughs to see it. Her arrival in London is accompanied by descriptions that bring 15th-century urban squalour, dirt and filth to our senses. Margaret is possibly less perturbed than the modern reader by the sight of bloated corpses floating down the Thames. Margaret’s good-natured persistence with her monkish husband is beautifully dealt with. Our sympathies are never entirely removed from Henry thanks to Iggulden’s care and that is quite an achievement.

Alongside Margaret and Henry there are other vividly realised figures from these Wars. There is the engineer of much of it – chief spy and civil servant Derry Brewer who, titleless, mingles cleverly with our other leading personality in the court, William of Suffolk. The fact that their plans and plotting contribute to such chaos in the land doesn’t detract from our empathy towards them, not least because facing them we have such men as Richard, Duke of York, who is partnered by a woman worthy of him, Cecily Neville, his Duchess. And yet, even Richard and Cecily are not treated in shades of black and white. There are moments when we are in danger of sympathising with even these two. This is an involving world we’ve been led into. Derry and William, though, are hugely enjoyable characters. Watching the lengths that Derry must go to in order to avoid the ire of Richard of York is a joy to read, with its perfect mix of danger and wit.

Not all of the novel is to do with the rich and powerful. There are displaced longbowmen and disgruntled peasants and much of Stormbird follows their rich and full lives, especially those of archer Thomas Woodchurch and his son, and of real-life rebel John Cade who led his army of of the dispossessed and hungry into London itself. What these people have to deal with is measured against the acts that they inflict on others in their vengeance. It makes things complicated and rewarding to read. There is a moment with John Cade that made me weep and that is testament to Iggulden’s powers of humanising these long-dead people.

Stormbird is rich in memorable scenes, not least the battles and skirmishes, but there are others that will stay with you. There is a death dealt out to an unpopular Jew that haunted me for days; there are other moments of extreme brutality or high adventure; there are scenes with such tenderness or sadness; there is also great wit and humour. But, for me, most memorable of all, is the young Queen Margaret standing brave to fight for her husband and her adopted country in the face of terrifying odds. Stormbird is an unputdownable adventure. I read it in little more than a day and when I finished it I had trouble picking up any other book. It is that good.

Stormbird is the first of a new series for Conn Iggulden, so close on the heels of The Blood of Gods, his finale to the superb Emperor sequence. With Stormbird, he has already shown Wars of the Roses to be as outstanding as it is anticipated. History gives us an idea of what is to come in the next novel and in Conn Iggulden’s hands it will soar.

Other review
The Blood of Gods (Emperor V) 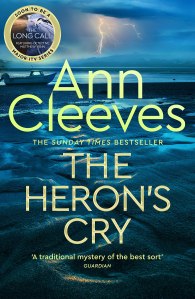 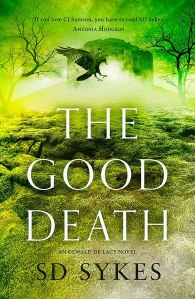