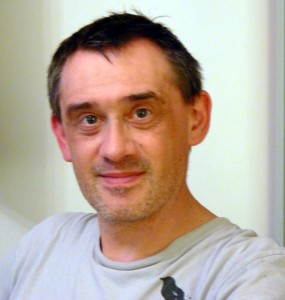 Rob Wickings is someone that I admire hugely – an author, short filmmaker (that’s short films – he’s actually quite tall), blogger and fellow geek, he’s not only a very good friend, he’s also an inspiration to me. Whenever I make an attempt at writing, it’s usually because Rob is writing/creating/publishing something. We’re book swappers too. But the difference is that Rob actually gets his writing out there into the public domain and is now achieving some of the success he deserves with much more coming his way, I am sure. There’s another difference too. Rob is a writer of horror and steampunk – two genres that have me running for the (silent) hills. Last week we had a sit down, over a pint, and had a discussion about stories, publishing, making films and zombies. Electrical zombies.

Let’s start with the zombies – is there an audience out there?

I think there is. I think the important thing we have to bear in mind is that 90% of zombies novels, zombie stories, aren’t anything to do with the classic idea of a zombie. The traditional idea of a zombie is the recent dead. Most zombies that you see in books and film these days are rage or virus-infected humans. Angry, almost rabid. But they’re not the living dead. There’s always going to be mileage in that sort of thing because it’s like any kind of centre for disease control base coming through. You can take that initial fear of society. It doesn’t have to be the dead coming out of their graves and walking. You get the weird thing like in Warm Bodies (by Isaac Marion) where you get a zombie romance where love can bring the dead back. Because the initial remit is so broad, you can narrow it down. I think it’s incredibly broad. You’ve basically got very simple ideas. You’ve got a dystopia, you’ve got the few versus the many, you’ve got global disaster. All that stuff you can narrow down and you can find little tweaks and twists in there. 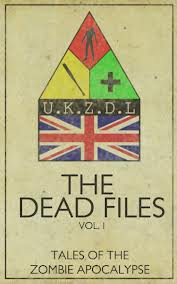 My take on it that I’ve been doing with the Dead Files is with a slightly more science fiction approach where it’s set 500 years after an event. It’s a science gone wrong kind of thing where we design this electrical field that’s supposed to be free power, cheap power. What it effectively does is reanimate the dead. Huge dystopia. The world goes to pot but we find a way of shutting that field down 500 years later. There’s hardly anyone left. We’ve gone back to a kind of agrarian, almost medieval society and the tasks that we need to do to actually keep the field damped have become almost something that no one believes in anymore. 500 years later suddenly all of the machines that were keeping the field damped start failing and the dead start coming back again. So, what do you do when an old myth or legend suddenly comes real? It’s kind of far future and almost historical fiction in a way.

I’m always fascinated by the mix between horror and science fiction. I think when that works well, as in Alien for example – probably my favourite film of all time – it works brilliantly.

Do zombies have to be nasty?

There’s a wonderful French movie, Les Revenants, in which the dead come back to life but they come back to life as they were before they died. They go back home. You’re trying to live with your partner or kid and yet they’ve come back to life. They’ve got no recollection of that at all. If you’re in the middle of the grief process it’s possibly the worst thing you could watch but it’s more an exploration of grief. It’s not really a horror movie at all. 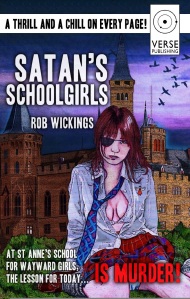 The decision to publish – putting oneself out there

It was massively difficult girding my loins to put that first collection out there even though what I was basically doing was collating all the stuff I already had on the website along with a few other bits and pieces. Putting them all into a Scrivener project and then out to Amazon. But there’s always that moment when you hover with your finger over the publish button and you think ‘Are you sure you want to do this?!’ With that first collection, in some ways it was almost like an experiment, to see what would happen because it was stuff that wasn’t really doing much and I thought that rather than have it on a random website that no-one was ever going to see, why not try the book experience, collate it all together and see how easy it would be to put it into Amazon and that experience was remarkably simple and remarkably positive.

When, where, how to write…

Two events changed the way I write, and freed me up to get the work done. First up, NaNoWriMo. The National Novel Writing Month taught me discipline, the importance of the first draft (and not sweating the details on a first draft, most importantly–just get the words on the page and worry about the polish later). At the same time, moving to Reading from London meant that I had a 30 minute train ride to work every day, which was the perfect opportunity to sit and write in a distraction-free environment. Every writer has their sweet spot, the time which works best for them in terms of creativity. As luck would have it, I write best in the early morning. Tie that into the train journey, and I have motive and opportunity to write.

On top of that, I’ve realised that I enjoy being a mobile writer. Trains, cafes, pubs, you name it. I can write at home, but there are a lot of distractions. I can blam out 1000 words in an hour in a cafe. At home, I’ll find excuses to dodge the keyboard. If I need to write, all of a sudden the hoovering gets done. Get me out of the house, and I write like a demon. All of which means that I’m a great believer in a stripped-back, clean writing solution. I’m an Apple fanboi, as the hard- and software are robust and trouble-free. Less faff, more wordcount. 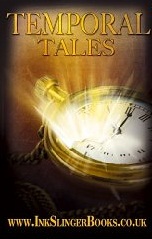 Simon Turney invited me into the Inkslingers group which is doing themed anthologies. I have something planned for a series called Tortured Hearts – dark romance. Temporal Tales is already out. They’re working on a historical fiction, fantasy anthology, fairy tales. I’ve got stories in two or three of those. I’m also currently doing the second part of my electrical zombies story that I started in Dead Files 2 so that’s set in a future past world. Hopefully I’ll get that ready for Dead Files 5.

The next long piece of fiction is probably going to be a fairly radical step away from horror. It’s a science fiction book – part one of a trilogy – called Pirates of the Moon. It was written as part of NaNoWriMo in 2007/2008 probably and I’m really, really pleased with it. I’m very excited about it. It’s about a 15-year-old female space pilot, Aurora Armstrong, and her adventures after she crash lands on the Moon. I’m very pleased with it in terms of plot and character. This is the one I’m probably most proud of. I did actually sit down towards the end of last year and write a plan of stuff I wanted to do in terms of writing for both film and prose. I’m currently just about still on target but I’ve got a busy year ahead of me.

In terms of projects that aren’t book related, I’ve got a couple of scripts that I’ve been working on. One is a horror script that my partner in that is taking to Cannes this year. It’s called Seeds of the Vampire. It’s set in Serbia in the 18th century and it’s got vague science fictiony bits in it. If you imagine something akin to Nosferatu meets Invasion of the Body Snatchers, it’s that kind of thing. Apart from that I’m doing an awful lot of documentary work with my filmmaker partner, Dominic Wade. We’re currently working on three different projects, one of which is a documentary about Banksy, which hopefully should be getting a distribution deal in the States fairly soon. We’re doing a documentary on rave culture called ‘Decks, Dance and Videotape’ which had a screening, the short version, a couple of weeks ago in Crouch End and in Bristol the following day and that got a very positive reaction. We’re doing a long term project that follows a guy called Gimpo who was involved with the KLF. He’s doing this performance art project where he drives around the M25 for 25 hours once a year. He’s doing that for 25 years and has been doing it since 1996/1997. It ties into ritual and endurance. Year 17’s just been completed so we went over to his gaff in East London yesterday and sat and chatted to him about it. We’ve been doing that for five years. That project’s probably going to mutate over time. We want to get a half hour cut of that into the Portobello Film Festival in August but there’s no reason why we can’t do little updates here and there. The scheme won’t finish until 2021. Dominic Wade is the prime mover in these and I’m usually the guy behind the camera.

Names that spring to mind most immediately, probably Ray Bradbury, Kurt Vonnegut, I think in terms of their simplicity and the style and the way they can absolutely devastate with a sentence. Elmore Leonard – he’s got that thriller sensibility and at the same time the ability to push you through a story. I should probably mention Neal Stephenson, sort of going the other way, the breadth of vision he achieves is extraordinary. He can populate stories with this huge mass of people.

Novel-length projects are all about organisation. Keeping the plot nailed down, not losing track of details (characters hair colour, accents, names) balancing the pacing, trying to avoid the ever-present middle-act sag. A novel is a project that is much about management as it is craft. There’s a reason that books start life as a rainbow of post-its on a fridge door, or an Excel database. The idea of starting a book at page one without knowing what happens in the middle or end is utterly alien. That, to me, is what short stories are for. There’s a reason that JK Rowling, James Patterson and GRR Martin make the money. They are consummate, meticulous plotters. The characters blossom alongside the plot, but without that framework they’re just wandering about bumping into the scenery.