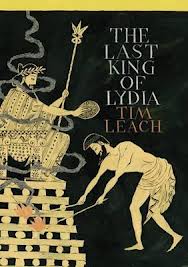 Review
Despite his unimaginable riches, Croesus, King of Lydia, has been vanquished. In 547 BC, Croesus sits upon a throne of wood erected on top of a pyre, his white robes smeared with oil, quick to catch a flame. Watching him is Cyrus, King of the Persians, now lord of an even greater empire thanks to the military weakness of Croesus. He continues to conduct his business, knowing he has a few more minutes before his rival king will be lit up like a candle. Croesus uses these moments to reflect on an encounter with Solon, an old politician and philosopher from Athens. Having shown him his treasure rooms, endless in their variety and magnitude, Croesus asked the old man who he believed to be the happiest man alive. Croesus was shocked to discover that this man was not him. All this wealth, which Croesus believed must make him the happiest man alive, counted for nothing if he didn’t live and die well. It’s only now, waiting for the flames to catch, that Croesus begins to understand the waste.

The Last King of Lydia is Tim Leach’s first novel and this is an extraordinary fact because it is without doubt one of the finest pieces of writing I have read for a long time. Not just as historical fiction, at which it excels, but for its exquisite depiction of man’s search for contentment and happiness, a good life as well as a good death when the time for that is right. Not just for kings but also for those who serve them, their slaves as well as their wives and children. While the poorest in the fields and nameless villages have humble ambitions, to be ignored by passing armies, not to be killed or raped or enlisted or stolen from, those at the court of the king have to deal with the sacrifices of service. This might mean a slap, a grope, confinement, separation from loved ones. To be free, not just physically, is a worthy desire for contentment. For the king, his pleasures come at the cost of misery to many, not least to the blind slaves whose sole reason for existence, in a cave beneath the palace, is to count and stack the gold coins that they can never see.

But no matter how rich and powerful these kings are they are as much at the capricious whim of the gods as their own subjects are to them. They have no control over ancient oracles, they cannot compete against the warnings of dreams and omens. However much they love their wives and children, they cannot save them from the judgement of the gods.

In The Last King of Lydia, Leach has created a figure in Croesus who is timeless. While he is recognisable as the rich king of legend, here we are given a portrait of a man who thinks himself almost a god but learns in the very hardest way that he is as humble as the slave that he has taken for granted. Isocrates, his slave, and Maia, Isocrates’ wife, also learn to know this great king as a man. Status is slowly eroded. Complemented by the stories of other men, such as Cyrus the Persian conqueror, Harpagus the great general, Solon the philosopher and Gyges the son, here is a story in which figures from history are stripped bare, learning to know themselves just as we learn to know them ourselves. It is hugely poignant and at times shocking but always beautifully, lyrically written.

This is a novel of tableaux, scenes from an ancient Greek vase – the king on his pyre, the siege of a great city, the march of an immense army, the glorious towers of Babylon. This ancient world comes alive and yet still feels completely relevant to our own world. The descriptions are so vivid, the language and speech so eloquent, that the characters move in a landscape rich in colour. I know little about this period of history but now I want to learn all I can.

I cannot praise The Last King of Lydia enough, nor urge you enough to read it. I wish that there were more books by Leach that I could read right now but we must wait for the next, a sequel. Without doubt, this is a contender for my novel of the year.

4 thoughts on “The Last King of Lydia by Tim Leach” 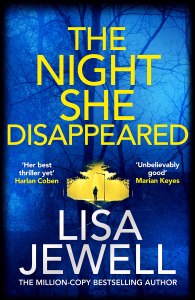 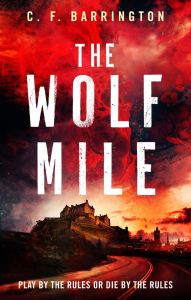