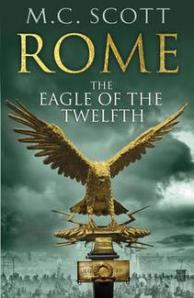 Review
The reputation of Rome’s Twelfth Legion is in tatters. Notorious for its defeats and famous for its unhappy postings, it is the last legion to which an ambitious young soldier of Rome would wish to be attached. When Demalion of Macedon, returning from a secret, dangerous assignment deep in the territory of the King of Kings of Parthia, is handed over to the unlucky Twelfth, you can feel his shoulders drop with the misery of it. And yet it is not too long before Demalion is ready to exchange his own life for the survival of this legion and the protection of its eagle. Rome: The Eagle of the Twelfth shows us why.

This is the considerable and powerful achievement of this wonderful novel. M.C. Scott places us within the heart of a legionary, turning the legion inside out, and giving the reader an in depth insight into what being a legionary meant. We might be in history here – the reign of Nero – but nothing about its impact on Demalion, on his fellow legionaries or on the legion itself is predictable. It’s edge of the seat military historical fiction – we have as many battles as you would wish – combined with a realistic, naturalistic portrayal of a set of men in extraordinary circumstances, allowing themselves to be defined by their allegiance to their legion.

Rome: The Eagle of the Twelfth is the third in M.C. Scott’s Rome series but this novel is slightly at a tangent. It is set before the previous novels and, tantalisingly, gives us a glimpse of the familiar, central figure of the spy Pantera before his character-defining mission in Britannia which precedes the other two novels. But, although Pantera plays an important role here, our interest is focused on Demalion of Macedon and his colleagues in the Twelfth – Tears, Lupus, Cadus, Syrion, Proclion, Horgias, Rufus, Sarapammon, the Rabbit – Demalion’s tent unit, the building block that held a Roman legion together. Each man has his own job, such as holding the standard, but their principle task is to look after one another.

Just as well because The Eagle of the Twelfth shows the legion in the worst of situations – whether training in the freezing, snow-covered mountains, pitted against rival legions for months on end, or fighting a guerilla warfare in the mountains of Syria, across rivers, or pitched battles or sieges in Israel – Demalion and his companions have no choice but to depend on one another. The relationships are tight and any losses are horrible. But this is what it would have been like. Death would have been sudden and violent, men would have mourned. There are scenes here, especially when the soldiers, apparently casually but in reality with much thought, share out the belongings of a fallen friend, that will tear your heart out.

Rome: The Eagle of the Twelfth is a page-turning military history – these are dangerous times. Nero is exerting his pressure on the generals, leaving the legions vulnerable to the worst of leaders, while the good are removed. Other familiar names from history are on the rise, notably Vespasian. And so the story of Demalion plays out against one of the most fascinating times in history. It brings us close to well-known events in Judaea in the 60s AD and my only consolation when I closed the final page was that I knew there would be so much more to come in future novels.

M.C. Scott writes brilliantly. Her characters are consistently intriguing and are always surprising. There are characters here that we know from other novels but in this book they are different. Perspectives move about, loyalties are different and goals shift.

Without doubt, Rome: The Eagle of the Twelfth is among my very favourite works of historical fiction that I have ever read. But, as any superb, rewarding novel should, it pushes beyond its genre and excels across the board. Demalion of Macedon is a fascinating character, flawed but heroic and all the more likeable for it. It’s rather astonishing and very pleasing to contemplate what M.C. Scott has in store for Demalion and for us. I’ll be waiting.

Previous reviews:
Rome: The Emperor’s Spy
Rome: The Coming of the King

2 thoughts on “Rome: The Eagle of the Twelfth by M.C. Scott” 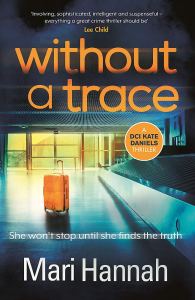 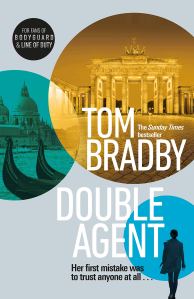