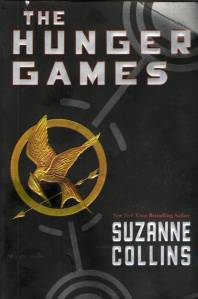 Review
The Hunger Games is on the way to our big screens (23 March in the UK and US) and therefore I thought it only right and proper to do what I should do more often when a movie comes out that’s based on a book – read the book. I have the best intentions to read the trilogy in its entirety before the release because I suspect that there may be borrowings from Catching Fire and Mockingjay in the film adaptation but so far I have just read the one that people are talking about an awful lot – The Hunger Games.

In a near and dark future the bit of our world that we know as North America is now Panem. At its centre is The Capitol and around it are 12 Districts, each devoted to a different industry (such as mining or farming). But once there were was a District 13. This District was destroyed in an uprising against the President and his controllers. The result of this rebellion is that each year the remaining Districts must watch a son and a daughter fight to the death in front of their eyes in some kind of obscene reality television show called The Hunger Games. Two children, aged between 12 and 18, are put into an artificial environment, given limited weapons and food, and are aggravated and teased and prodded and goaded into slaughtering the others – or at least those who do not die of hunger or dehydration or mishap – until just one survives. This entertainment has been crafted with rituals and careful design into something appallingly oppressive yet ornate that mocks the fact that its victims are young and frightened children.

Our heroine is 16-year-old Katniss Everdeen from the grottiest and poorest of the Districts, the twelfth. She is placed into the Games not because her name was called in the lottery but because the name that was called was that of her 12-year-old sister. Katniss protects her family and is its provider, illicitly hunting outside the District’s wire and scraping at survival. It’s inconceivable that this brave girl wouldn’t protect her sister now. The boy who is called with her to ‘play’ is Peeta, whom, it turns out, is a boy who once saved Katniss’ life. And so begins the Hunger Games, as we see it through the detailed, evocative and frighteningly grown up narrative of Katniss.

The Hunger Games is essentially a novel in three parts: the run up to the Games, the Games themselves and their conclusion. We shift between District 12, with its soot-faced mining occupants and its hungry inhabitants, to the Capitol with its extravagant foods, rooms, trains and clothes. Finally, there is the artificial environment of the Games themselves, populated by the 24 youngsters and whatever other beings the Gamemakers introduce to stir things up a bit.

For me, the most interesting part of the novel wasn’t the Games, which I didn’t think went dark enough despite the horrors, but the world that Suzanne Collins has created here, with the Districts, the Capitol and its uneasy, sometimes voiceless inhabitants. The Games are just one element of a truly fascinating, well-evoked and quite alarming vision of the future where it’s almost as if the parents have given up.

The Hunger Games is an excellent novel. It may sound long at over 450 pages but these are swift and fast and they rush past the eyes. The excitement never lets up and when it finally ends you’ll be glad that there are another two novels to go in the trilogy. I am a big fan of Young Adult dystopian fiction and, while this isn’t my favourite, it is certainly a novel I recommend to all ages, not least because we will soon see it brought to the big screen. Suzanne Collins has seen the finished film and, from the sound of it, it delivered with Jennifer Lawrence (X-Men: First Class) doing a fine job bringing Katniss to life. But before you enjoy that, I urge you to enjoy the book.

7 thoughts on “The Hunger Games by Suzanne Collins” 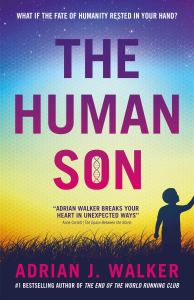 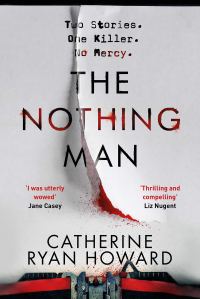